Start a Wiki
Stillman was a young Dragon who appeared in Tall Tales and Quest for the Spark: Book 3.

He appears in Tall Tales as an underconfident young Dragon who cannot breathe fire. Every time that he tries, he feels sick to his stomach. He assists Big Johnson Bone in his journey and is eventually captured by Queen Maud. He escaped by using fire, which he had never done before. Stillman, the Guardian of the Forest, is then visited by The Great Red Dragon, who congratulates him on his accomplishment.

Stillman makes a brief appearance in the book where he can be seen riding on the back of a dragon togerther with Thorn.

Quest for the Spark: Book 3

Though through most of his appearance making fire causes him to become ill, he gets the ability to safely make fire during the rescue of Pete and Lily by blowing it out of one of his nostrils while covering the other. He does this to drive away a few Rat Creature soldiers. He does this while Big Johnson Bone, Porter ,and Ramona get eaten by Tyson. He is the only named dragon so far to have wings, though these are presumably useless because, strangely enough, he never flies. 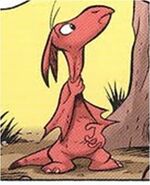 Add a photo to this gallery

Retrieved from "https://boneville.fandom.com/wiki/Stillman?oldid=9115"
Community content is available under CC-BY-SA unless otherwise noted.